We are pleased to announce that we have joined Visit Salt Lake, a private, non-profit corporation responsible for the promotion of Salt Lake as a convention and travel destination. Given that Visit Salt Lake’s mission is to improve area economy by attracting conventions and leisure travelers and the fact that we have extensive experience in destination and tourism marketing, it seems like Redhead Marketing & PR is a great fit.

In celebration of our new Visit Salt Lake membership, we are offering new clients in Salt Lake City – or those doing business there – a 10 percent rate reduction for our marketing and public relations services. This offer expires October 1, 2014, and reduced rates are valid through the end of 2014. Click HERE to view our member listing. 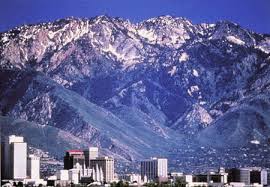 What do a high-end yarn boutique and a political campaign have in common? Very little, except that they are two of Redhead Marketing & PR’s newest clients. We are pleased to be handling the marketing for Wasatch & Wool, opening late summer at Redstone in Park City and David Brickey, the Republican candidate running for reelection as Summit County Attorney in November.

Brickey, as he is amicably known amongst his peers and colleagues, has served as Summit County Utah Attorney for 10 years. A moderate Republican, he was first appointed to this office by a mostly Democratic County Council. Redhead will be working to conceive a campaign brand in addition to developing the website and other campaign collateral. We will also manage grassroots marketing efforts throughout the county to elevate awareness, raise funds and get out the vote. David Brickey is the fifth political candidate to engage Redhead Marketing & PR since the company was founded in 2010. Our other political highlights include managing the successful campaigns and marketing efforts for Park City Mayor Dana Williams in 2009 and his successor, Jack Thomas in 2013. We love the energy and intensity of working on political campaigns!

Wasatch & Wool will occupy the space that once housed the CJ Sport boutique at the Redstone shopping center at Park City’s Kimball Junction. The yarn boutique will offer an intimate, welcoming retail experience with high-quality, natural yarns at a variety of price points. With the recent resurgence of knitting as a hobby for all ages, the owner seeks to foster a local knitting community with workshops and social gatherings for knitters. Park City’s only yarn store, Wasatch & Wool is sure to appeal to both locals and visitors with a passion for knitting and creating special knitted products with yarns of superior quality. Redhead Marketing & PR is beginning work on branding, logo development and website design. We will manage additional public relations and marketing collateral needs as well.

It’s no secret that I love to write and have been told countless times that it’s only fitting that my last name is “Reiter.” From writing “Little House on the Prairie” plays in the third grade (and, of course, starring as Laura Ingles Wilder), to penning tear-stained, homesick letters from summer camp in Maine, to being the founder/editor of a music review publication in high school to writing a column about single life in a ski town and posting reviews on Trip Advisor, writing is my preferred method of communication. I even use Facebook status updates as a creative outlet and a forum for practicing concise, attention-grabbing writing…an essential skill in this era dominated by soundbites and short attention spans.

A friend recently told me that her daughter writes letters to her out-of-town relatives. I found this pretty remarkable given that children are predominately limited to email and social media as their primary written communication channels. Hearing about this child made me reflect on how letter writing has been an integral part of my life. At times it has resulted in vindication, apologies, gifts, friendships and the satisfaction of guilt tripping loved ones (as in the case of my homesick letters to my parents from sleep-away camp)….or finding occasional solace and relief that comes from venting.

As an early teen, I was completely enamored by ’80s glam rock music a la Poison, Def Leppard, Guns ‘N’ Roses, etc. I developed the hobby of writing my version of fan letters to up and coming bands, convinced I’d be more likely to get their attention than that of the multi-platinum acts. After seeing the music videos for “Madelaine” and “Seventeen,” I targeted Winger with my grammatically correct, voluminous letters. I figured if I focused on praising their musicianship while also coming across as better educated and more sophisticated than their typical fans, my letters would stand apart from the groupie-type fan mail they were probably receiving. And just maybe I would get a response. Yes, I was that calculated even at the age of 13. 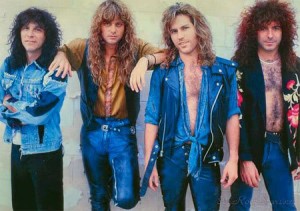 Winger, with Reb Beach pictured second from the left.

Amazingly, one day I came home from school to a message on my answering machine (yes, the mechanical device with cassette tapes that served as a pre-historic version of voice mail) from a woman claiming to be the mother of Winger guitar virtuoso Reb Beach. She found my letter in the pocket of his jeans while doing his laundry and was impressed by my writing and the fact that it resonated enough with him that he held on to it. Over the moon with excitement, I immediately phoned Mrs. Beach. We talked for hours as she recounted stories of Reb, his childhood and their family. She said she had encouraged him to write me back. Upon learning that my family would be in Massachusetts visiting friends, she invited us to stop by her bed and breakfast near Plymouth.

I’m sure the last thing Mom and Dad were interested in was meeting some rock star’s mom at her B&B, but as the supportive parents I’m fortunate to have, they indulged me. We wound up enjoying a wonderful visit with Mrs. Beach and soon after, she had Reb arrange for tickets and backstage passes for my brother, Good Sport Dad and me for a Winger concert at some far flung arena in New Haven, CT (unlikely there were many Yalies in attendance!). This first of many times meeting a band backstage was a monumental and pivotal moment. The band members were so attentive, raving about how much they loved my letters. The fact that they made me feel like a friend, not a fan, clearly spawned my desire to work closely with artists in the music industry much later on. After our meeting, the individual band members wrote to me from the road – even the once apprehensive Reb Beach! 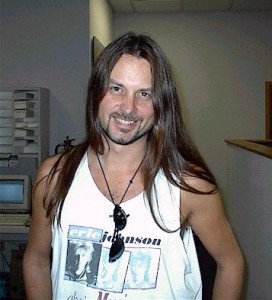 What looks to be a more recent photo of Reb Beach

While I eventually outgrew my pen pal phase, letter writing remained instrumental, sometimes serving as a weapon. And I was a force to be reckoned with. During high school, I wrote a letter to an airline CEO highlighting in great detail an unsatisfactory flying experience. I received a few hundred dollars in travel vouchers and an apologetic letter in return. Around this time, I developed the art of writing engaging cover letters that landed me my first internship at a boutique music PR firm while I was still in high school. Years later, one boss confessed he hired me over another candidate because I took the time to mail a hand-written thank you note as a follow up to my interview.

Although I am dismayed that letter writing seems to be an increasingly forgotten form of communication, I wanted this blog to serve as a reminder that writing letters can create lasting impressions, often yielding great results… whether it’s meeting your favorite band, landing your dream job, getting a letter to an editor published in the local paper, or communicating your feelings to a boyfriend when you don’t have the courage to verbalize them.

In my case, letter writing led me down my chosen career path. True to my childhood dream, I started my career in the music industry, worked with some amazing artists and used my writing skills to communicate their stories to the media who would in turn relay those stories to the public. I continue to enjoy working with public figures as I find it gratifying to help them become better known personalities and hopefully secure them some time in the limelight.

Granted, my writing letters to the Winger band members resulted in some friction due to unwanted attention. The New York Post learned of the unlikely friendship that ensued between a New York City private school student and a hard rock band and wanted to cover it from a human interest perspective. I met and interviewed with the reporter, but the band’s record label got wind of the article and feared it would overly soften Winger’s image. They pressured me to convince the journalist to pull the story, and I complied naively thinking it was also the wish of the band members. If only this initial exposure to the inner workings of the music industry had left a more sour taste in my mouth, I could have spared myself the “Devil Wears Prada”- type career experiences I was subjected to 10 years later. Ultimately, this was a valuable, early lesson in public relations that remains relevant to this day as a business owner and communications professional.