Realtor Heather Peterson of Prudential Utah has engaged Redhead Marketing & PR to author a Park City lifestyle-themed blog for her LiveTheParkCityDream website. Not only is this is a great way to increase the website’s search engine rankings, but we hope locals and visitors will enjoy reading about the latest happenings and dynamic activities Park City, Utah has to offer. Heather Peterson is known for her high-end, luxury real estate listings in Deer Valley, Old Town, and The Colony.  http://www.livetheparkcitydream.com/archives/633

In September, the Park City shopping experience will be elevated thanks to LUXE, a new boutique featuring highly sought after designer clothing labels in the center of historic Main Street. Redhead Marketing & PR has been named the agency of record to develop the branding and marketing/PR campaigns for LUXE. Last week we finalized the logo, and the website landing page should go live this week. 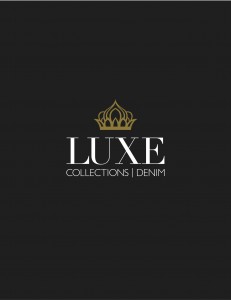 As media divas, we can’t help but love when we get a little editorial coverage for ourselves. Read about the services we offer and what makes Redhead Marketing & PR unique in this week’s Park Record.

Robert F. Kennedy, Jr. and Harry Belafonte are pleased to host the premiere party and concert for The Last Mountain, a featured documentary film in the 2011 Sundance Film Festival. The celebration will be held Saturday, Jan. 22, 8:30 p.m. at The Yard in Park City. Grammy-nominated singer-songwriter KT Tunstall, who recently released her third album, Tiger Suit, on Virgin Records will perform live during the party.

General admission tickets are $50. VIP tickets, which include food, beverages, and VIP Lounge access are $150. Tickets are available at www.waterkeeper.org. The Yard is a convenient stop on the Sundance shuttle loop, and valet parking is also available.

All proceeds from ticket sales will benefit Waterkeeper Alliance and will be used to raise awareness and help stop the practice of mountaintop mining in West Virginia.

The Redhead team is thrilled to be handling the PR for this prestigious Sundance party and highly worthwhile cause.

Redhead Marketing & PR is having a blast helping Red White & Snow gear up for another culinary, wine and ski weekend in Park City and Deer Valley in March. All proceeds benefit the National Ability Center which provides remarkable recreational opportunities for children and adults with all types of disabilities.

We’re mostly involved in securing chefs for vintner dinners which take place in estate homes throughout Park City. And we’re thrilled that we just landed Chef Todd Mark Miller, a Utah native who has been a chef at Prime in Las Vegas and STK in New York and Miami. Todd is now back in Utah to open Silver Restaurant on Park City’s Main Street in the former Phoenix Gallery location.

Other chefs participating in the vintner dinners include Michael LeClerc of 350 Main, Scott Bobarek of Easy Street Brasserie, and James Dumas of High West Distillery. For more info about the fundraiser, visit www.redwhiteandsnow.org

Please email hilary@redheadmarketingpr.com if you would like to volunteer for the private home vintner dinners. It’s a great opportunity to get up close and personal with celebrated chefs and vintners!

Silver Queen Fine Art, one of Park City’s most cutting-edge, contemporary art galleries, hosted a holiday party in celebration of its new location at 577 Main Street. Redhead was engaged to invite local concierges, restaurant and retail staff, and a Park City jet set crowd. The party was fabulously catered by High West Distillery, and four pieces of fine art were given away during the evening. We were pleased to see the shindig so well attended; it felt like the unofficial kick-off party for the holidays and ski season! 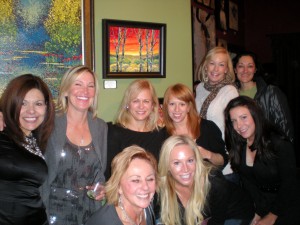 We have completed the website for Riffs Acoustic Music, a new business in Park City, UT. In addition to offering a wide variety of acoustic instruments, Riffs is also a learning and performance center. Park City Mayor Dana Williams, a fine musician himself, manages the cafe. Visit the website at www.riffspc.com