Footsteps for Africa, a non-profit organization based in Utah that provides aid to disadvantaged children in Africa has completed a construction project that improves living conditions for students at Oshamukweni School. Through a generous, six-figure donation by Tiara and Alan Salzman of Montecito, Calif., Footsteps for Africa was able to build new bunkhouses, a kitchen, and dining hall for 300 students and more than 100 children living on schoolgrounds. The new facilities were unveiled and celebrated last month with a ribbon cutting ceremony attended by local government leaders, students, teachers and community members.

“Due to their generosity, Footsteps for Africa has bettered the lives of those in this village,” said Isak Hamatwi, Director of Education at Ohangwena Regional Council. “The schooling life and learning environment at Oshamukweni Combined School will no longer be a life of struggle, but a life befitting a life in an independent country.”

Namibia is the third richest country in Africa, but it has the third highest levels of income inequality of any country in the world. For this reason, Footsteps for Africa has focused most of its efforts serving children in the most impoverished areas in northern Namibia, by building school structures and supporting clean water and sustainable food programs.

Footsteps for Africa founder, Austin Cameron, was inspired to execute this project after a 2019 visit to the school where he witnessed children living in shacks made of sticks and cooking their food on makeshift fire pits. The students, who are from villages more than six hours away, live on school grounds. Inspired by the student’s 100% graduation rate despite their living conditions, Tiara and Alan Salzman, who also built Salzman Library in a nearby community, provided a donation to fund the project. 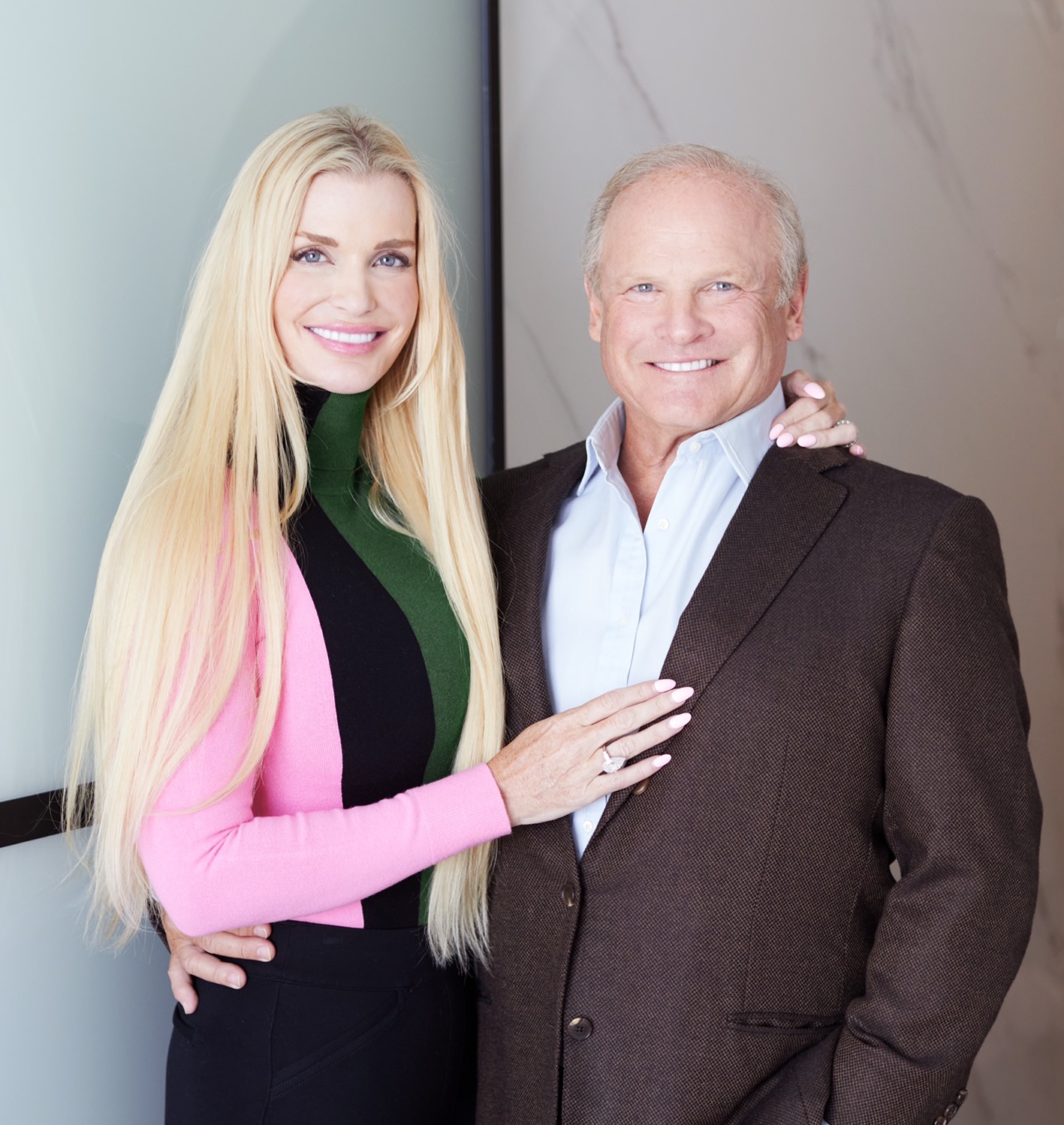 “Upon learning the critical needs of these disadvantaged children in Namibia, and as a mother myself, nothing was more important to us than to support Footsteps for Africa in helping these children succeed,” said Tiara Cameron Salzman.

Brand new facilities unveiled as part of the project include Salzman Kitchen, a 2,000 square foot building equipped with food preparation equipment, showers, restrooms and cold storage; Salzman Hall, a 5,000 square foot Dining and Congregation Hall that will serve not only the school but the entire community of several thousand people; and two bunkhouses each housing 25 students.

The Footsteps for Africa team held a ribbon cutting ceremony to reveal the finished project to students, teachers, government officials, and community members from 11 surrounding villages. The new facilities will serve as a gathering place for the larger community and will encourage greater participation and awareness of Oshamukweni School. 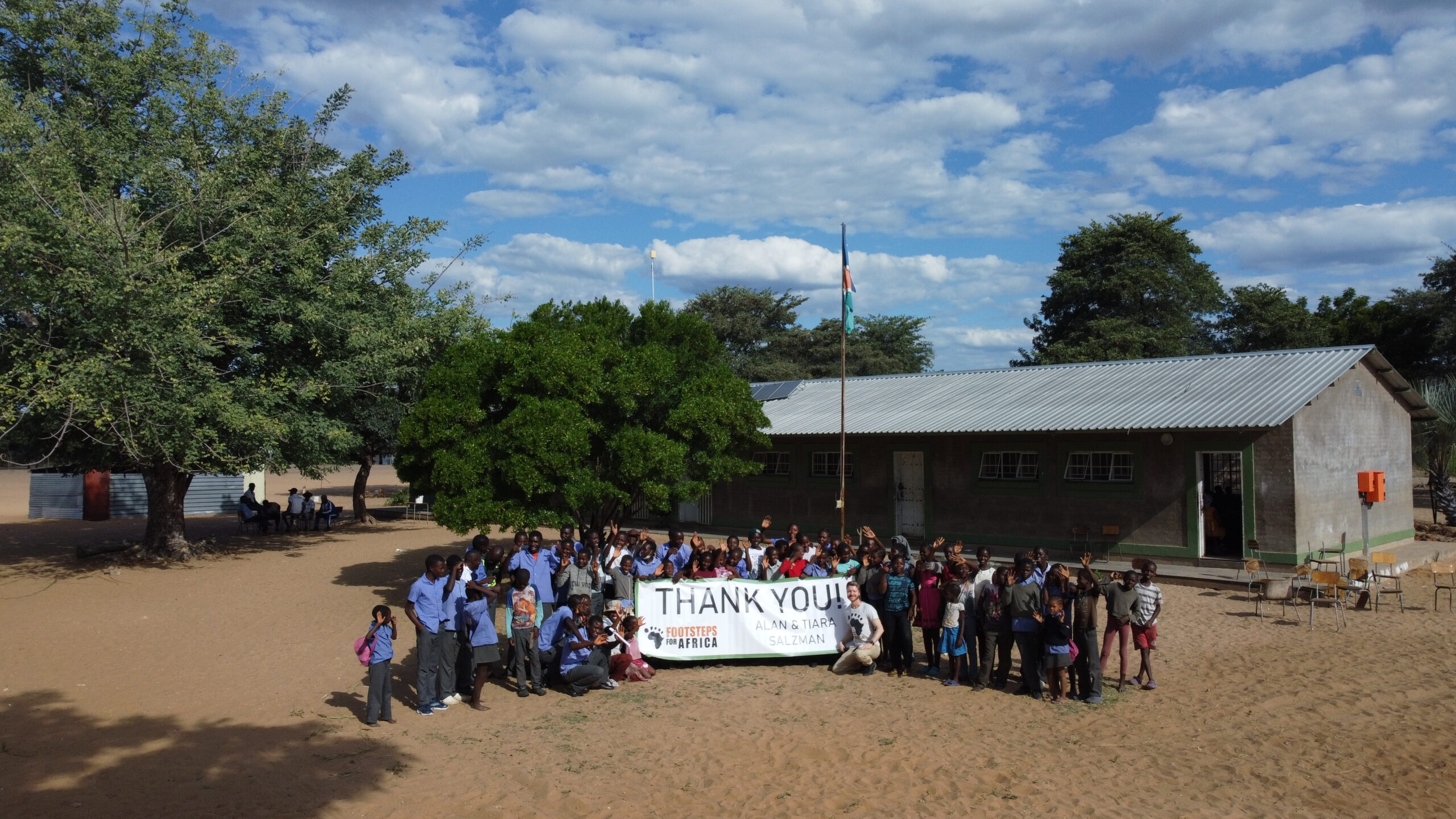 “Namibia has a lot of schools. Among all of those schools, Footsteps for Africa chose to help our school, and we thank you for that. I am very happy for the (Salzman Kitchen) because we now no longer have to cook on fires outside,” said 9th grade student Namola Abraham.

Footsteps for Africa will continue to fund and embark on improvement projects across Namibia. All donations can be made on the website and will go directly to resources such as:

About Footsteps for Africa

Footsteps for Africa has provided aid to more than 5,000 orphans and vulnerable children (OVC) in more than 50 schools and orphanages Namibia and Zimbabwe since 2010. Services provided include importation and distribution of goods, the building of facilities, and implementation of medical and food programs. Through partnerships with other aid organizations, government relationships and the commitment to physically being on site for every initiative, Footsteps for Africa works efficiently and ensures that aid reaches the people who need it the most. Learn more at https://www.footstepsforafrica.com or on Instagram and Facebook.